Beyond the beautiful beach scenery, the Brunswick Islands hold a rich history, which guests can experience with a visit to the area’s museums. With history dating as far back as the colonial times and tales of pirates, visitors can explore the fascinating, in-depth past of the islands and coastal communities. Not only does the Brunswick Islands offer a great place for visitors to enjoy the beaches and sunshine, but a trip to coast can also be educational! Be sure to add these museums to your Brunswick Islands itinerary:

Fort Johnston in Southport was built by the British in 1748. The fort was used to protect the region from the Spanish and French attacks during King George’s War. It served as the oldest active-duty fort in the United States after 250 years of federal service and was conveyed to the city of Southport in 2006. Today, visitors can explore the museum with an official tour guide or take a self-guided tour. Don’t miss the Safe Haven exhibit with memorabilia from when the movie was filmed in Southport. 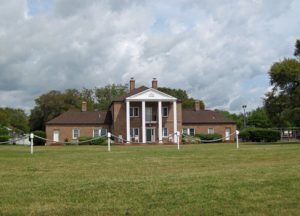 Visitors looking for more of an out-of-this-world museum experience can check out the Ingram Planetarium in Sunset Beach. This state-of-the-art planetarium has an 85-seat SciDome Sky Theater with high definition digital protection and surround-sound system. The theater shows educational programs about space exploration and astronomy, along with laser music shows. Explore the interactive exhibits in the Paul Dennis Science Hall for fun, hands-on learning. 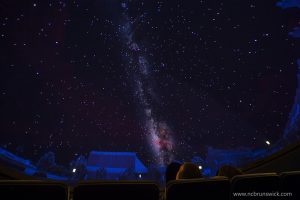 The Museum of Coastal Carolina on Ocean Isle Beach is North Carolina's only natural history museum located on a barrier island. The museum showcases the unique coastal ecosystem of the Brunswick Islands and features the Southeast’s largest dry aquarium, collections of sea shells, shark jaws, wildlife dioramas and a Touch Tank with live sea stars, sea urchins and other animals. Young explorers will also love digging in the fossil pit for shark teeth. 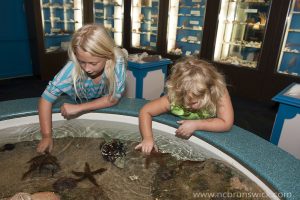 The North Carolina Maritime Museum at Southport tells the story of the Cape Fear region and the people of its past and present. Exhibits provide a detailed history of pirates, shipwrecks, and the area’s extensive nautical history. The museum offers educational programs for both children and adults, making it enjoyable for all ages. 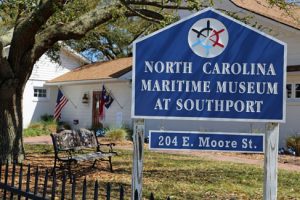 The Old Brunswick County Jail, built in 1904, has been maintained to keep its original form and serves as a museum open to the public. The two-story jail, which was used until 1971 before a new jail was constructed, has a runabout and two cells, which visitors can view on guided or self-guided tours. Visitors can also take a glimpse of the graffiti drawn by prisoners on the second floor. 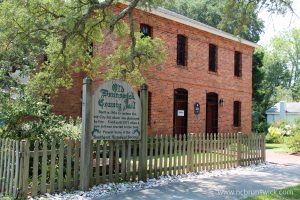 The historic Sunset Beach swing bridge and tender house that linked the island to the mainland from 1958-2011, now rests in an area shaded by oak trees to serve as a museum and public gathering place. Locals thought that they would be saying goodbye to the swing bridge, but volunteers and the Old Bridge Preservative Society saved it from demolition. The tender house is now open to visitors and displays artifacts from the Blockade Runner Vesta, which ran aground on Sunset Beach. 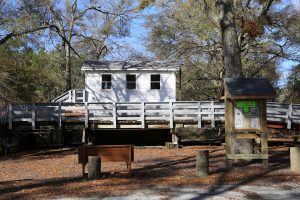 Brunswick Town was a pre-Revolutionary port located on the Cape Fear River that was destroyed by British Troops in 1776 and never rebuilt. Fort Anderson was constructed during the Civil War at the same site as the old village to defend the river and north toward Wilmington. What remains of Brunswick Town and the fort is now one of North Carolina’s historic sites and a working archaeological site. Visitors can view displays and audiovisuals about its history, as well as explore outdoor trails along the ruins of the fort. 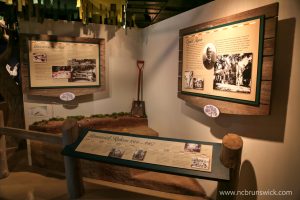 Smith Island Museum of History is located on the grounds of Old Baldy Lighthouse on Bald Head Island and is a replica of an 1850s lighthouse keeper's cottage. 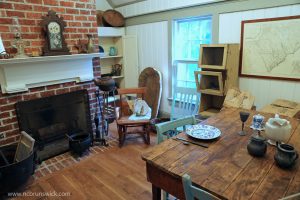 When planning your visit to the museums in North Carolina’s Brunswick Islands, be sure to check the hours, which vary by season. To learn more, visit http://www.ncbrunswick.com/fun_and_adventure/heritage_museums.