Life is better at the beach, especially when you have a good book! North Carolina's Brunswick Islands is one of the best places to stick your toes in the sand and jump into a classic beach read. With six beautiful beaches and an array of charming coastal communities filled with rich history, literature and romance, it is easy to see why the Brunswick Islands has inspired many authors and film makers alike.

Check out some of the best beach books that were either set in the Brunswick Islands or filmed scenes here for the movie adaptation of the novel:

Safe Haven An iconic love story by Nicholas Sparks, Safe Haven, was set and filmed in the town of Southport. This dramatic thriller is about a young woman, Katie, who moves to a quaint southern town and begins a relationship with Alex, a widowed store owner. Just as their relationship starts to develop, dark secrets from Katie's past begin to intrude on her new life.

Explore the charming southern town of Southport to see the various filming locations in Safe Haven like West Moore and Bay Streets where the dramatic NC 4th of July Festival was recreated for the movie, Ports of Call where Katie and Alex shared their first romantic dinner or grab a cocktail at Old American Fish Co., known in Safe Haven as Ivan's, where Katie worked as a waitress. And for a more in depth look at some filming memorabilia, visit Fort Johnston - Southport Museum and Visitors Center. 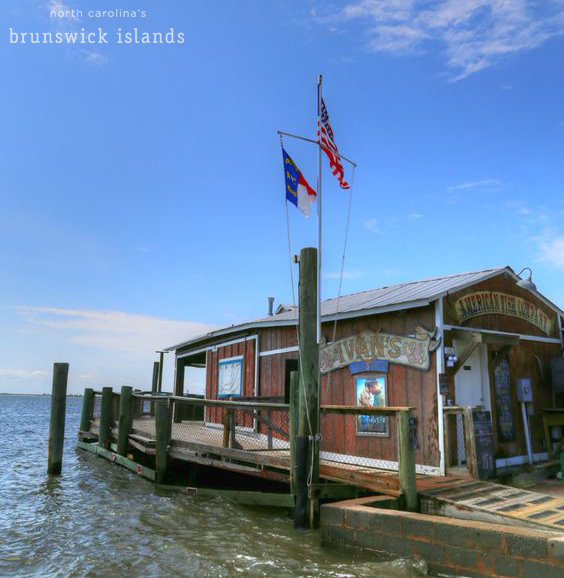 The Old Man and the Boy The Old Man and the Boy, written by Robert Ruark, is a novel created out of a series of columns Ruark wrote for Field and Stream. Based on his own childhood memories of visiting his grandparents’ house in Southport, the book is about a young boy named Bobby who learns the value of hunting, fishing and becoming a gentleman from his grandfather, the Old Man. A perfect place to pick up this novel when visiting Southport, is the Robert Ruark Inn, a Victorian style B&B once owned by Ruark's grandparents. 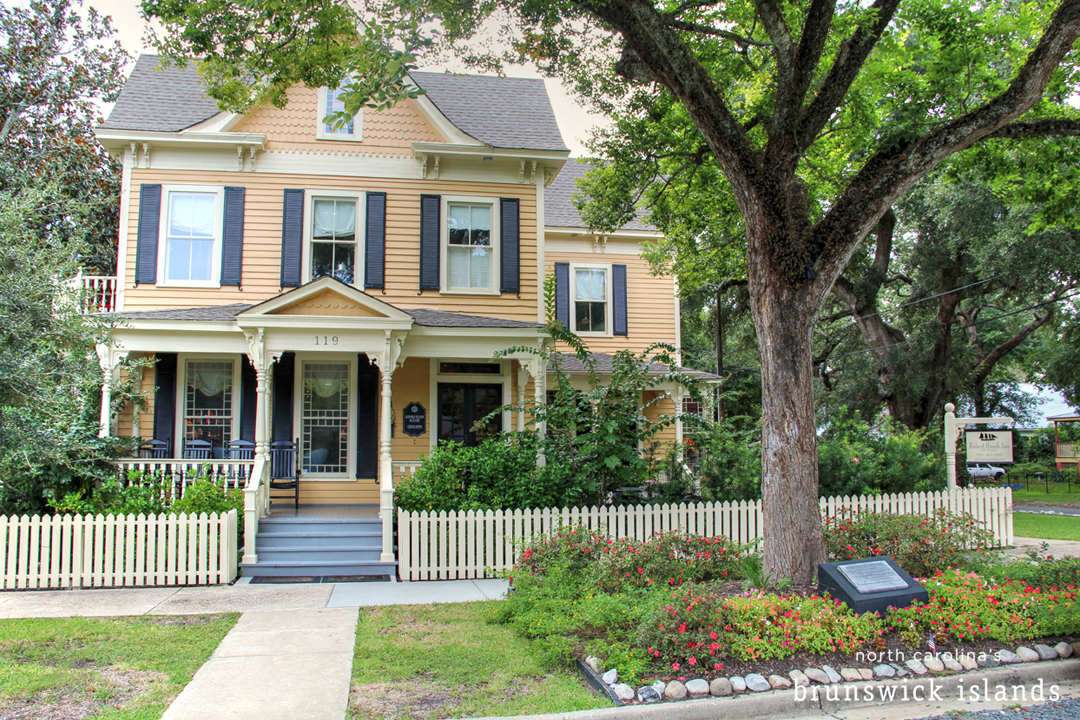 Every Breath Nicholas Sparks' latest romance novel, Every Breath is about Hope Anderson, an ER trauma nurse, taking a break from her worries at her family's vacation cottage in Sunset Beach, and Tru Walls, a safari guide from Zimbabwe, on a quest to discover his past. The novel is centered around the Kindred Spirit Mailbox, a truly unique landmark awaiting wanderers from far and wide. This one-of-a-kind mailbox sits about 1.5 miles from the nearest public access point on Bird Island, full of notebooks and pens just waiting for explorers to come divulge their secrets and leave messages of hope and inspiration for the next adventurer. 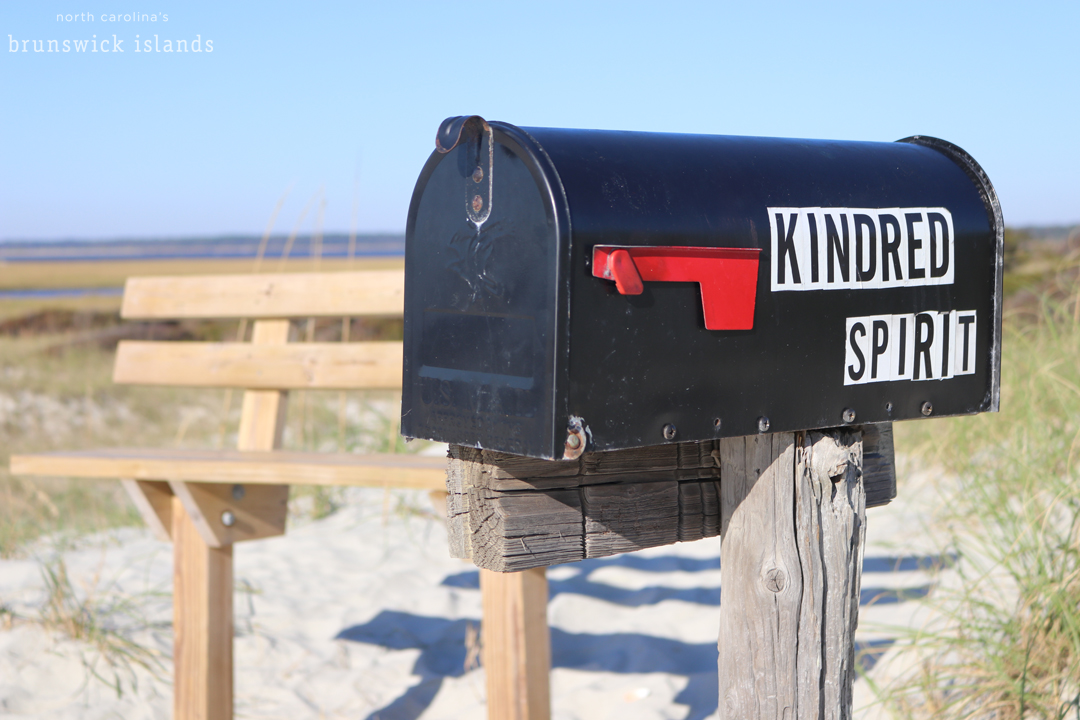 I Know What You Did Last Summer I Know What You Did Last Summer is a spooky tale about four friends that run over a fisherman and dump his body in the water. A year later, they receive a frightening letter telling them that their crime was seen. Throughout the tale, the suspense increases as the killer stalks members of the group. Visitors to Southport will recognize iconic landmarks like the Amuzu Theatre and the Southport Riverwalk that were featured in the film adaptation of the novel. 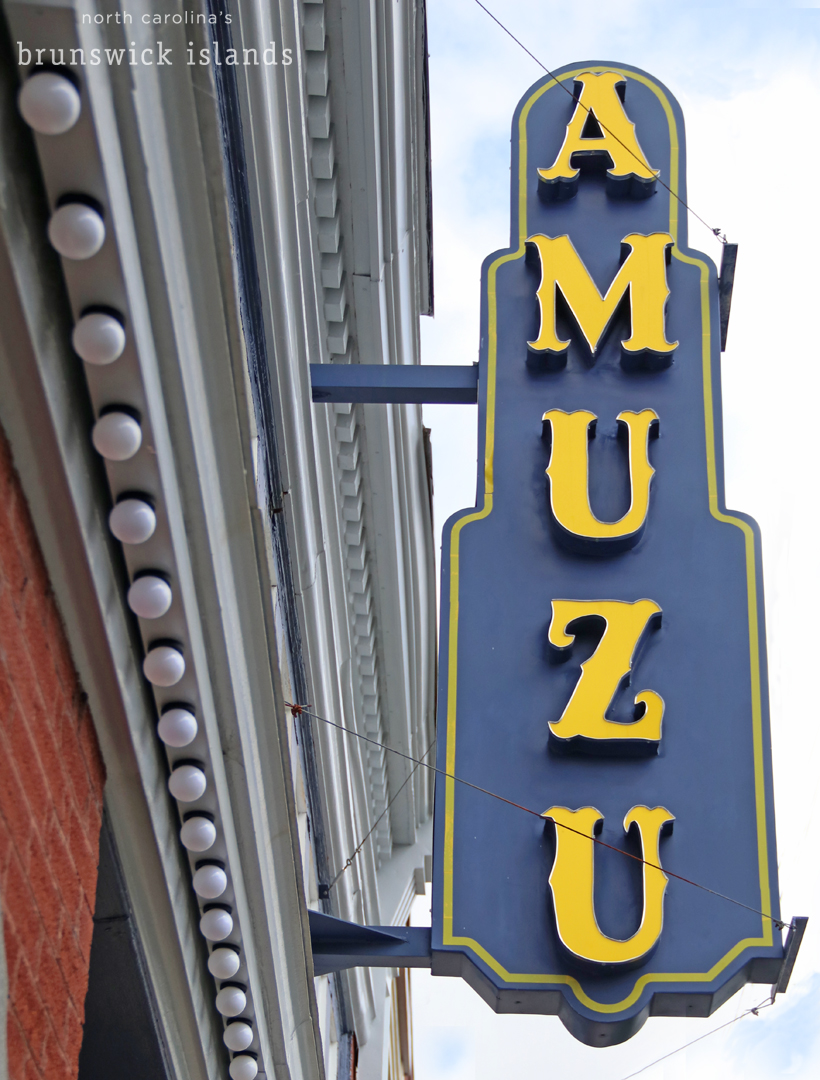 Under the Dome Under the Dome, filmed in Southport, is a book by Stephen King that was adapted as a TV series. The novel tells the story of the residents of a fictional small town that are cut off from the rest of the world by an enormous, indestructible dome. If you visit the town of Southport during your trip to the Brunswick Islands, you will be able to recognize the two-story house located on East Bay Street and the pilots tower on the Southport Waterfront, both featured in the series. 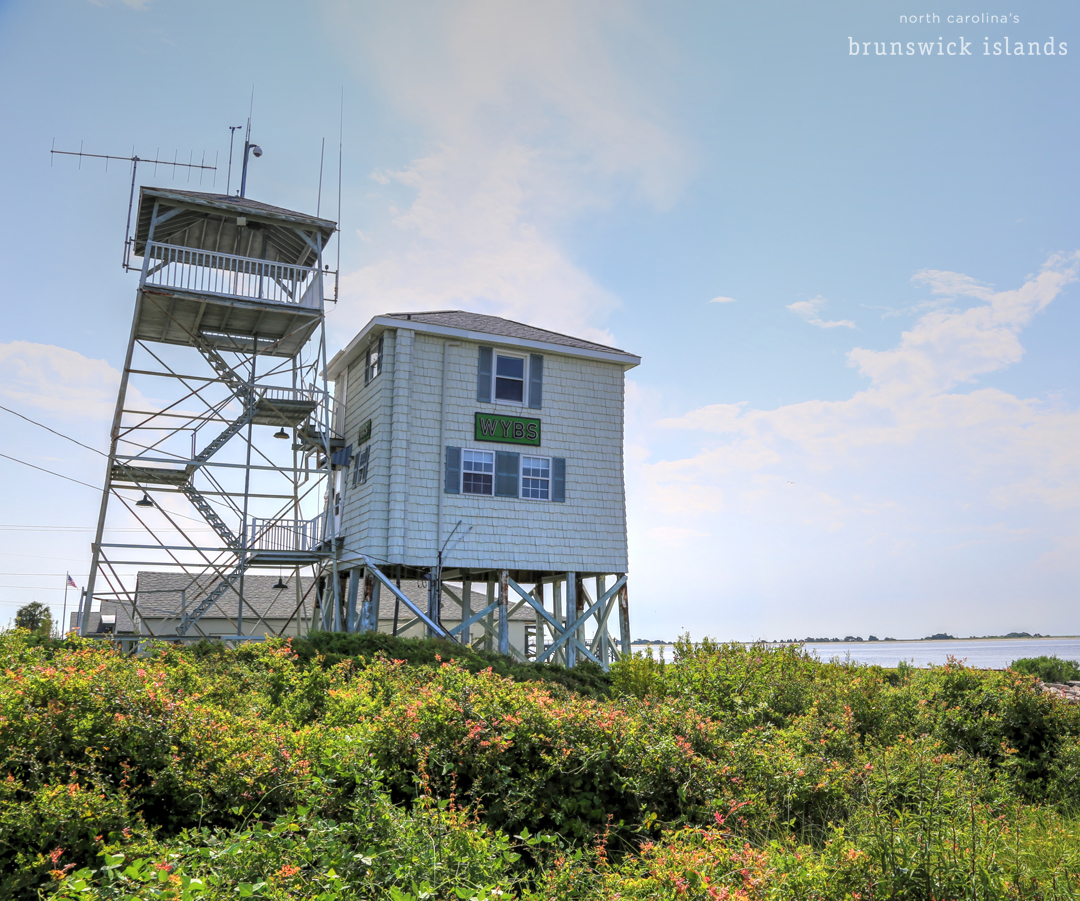 A Walk to Remember One of Nicholas Sparks' most iconic novels, A Walk to Remember follows a popular high school senior, Landon Carter, as he falls in love with the local minister's daughter, Jamie Sullivan. The two develop a powerful and romantic relationship in which they discover deep truths about one another. Visitors can stop by the beautiful church in Southport where Jamie’s dad worked as a minister or for a more romantic experience, visitors can watch the sunset over the Yacht Basin at the Riverwalk Gazebo where Landon told Jamie that he loved her for the first time. 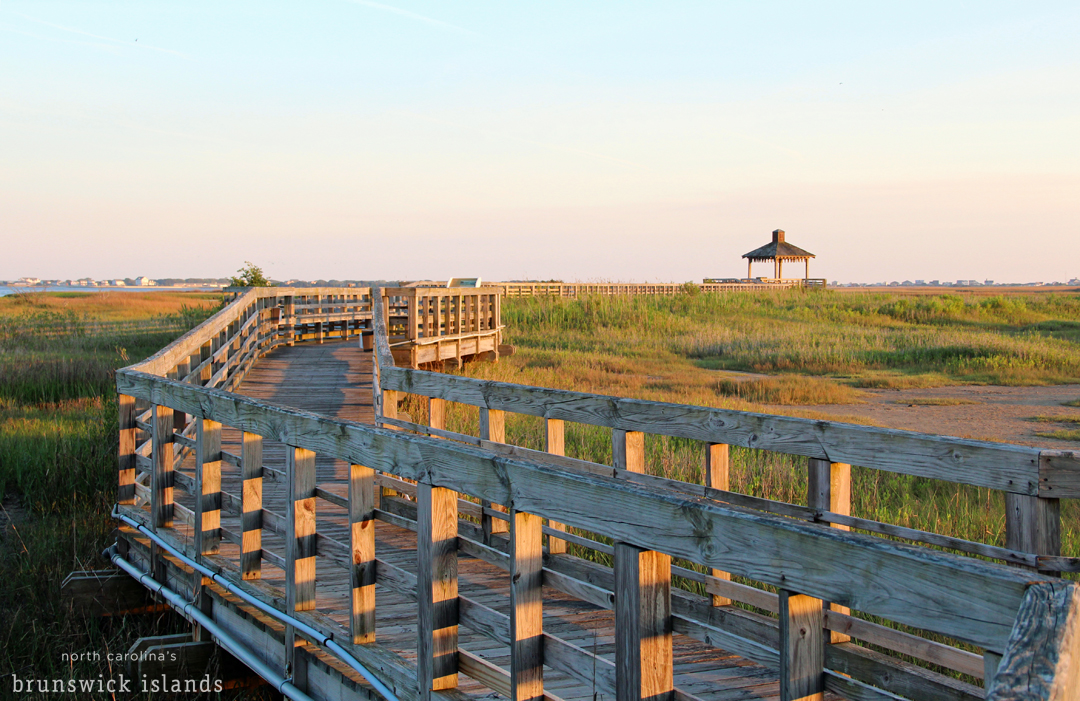 The Longest Ride The Longest Ride by Nicholas Sparks is a tale of two separate love affairs, intertwined into one fate-driven novel. The first pair of star-crossed lovers is Luke, a former champion bull rider looking to make a comeback and Sophia, a college student who is about to head to New York City to start her dream job. As fate would have it, they have a chance encounter with Ira, a ninety-one year old man who shares with them the epic story of his relationship with his late wife Ruth. Be sure to pull up a beach chair and break out this novel when visiting the charming seaside town of Caswell Beach that served as the filming location for where Ruth’s family spent the summer in the film adaptation. 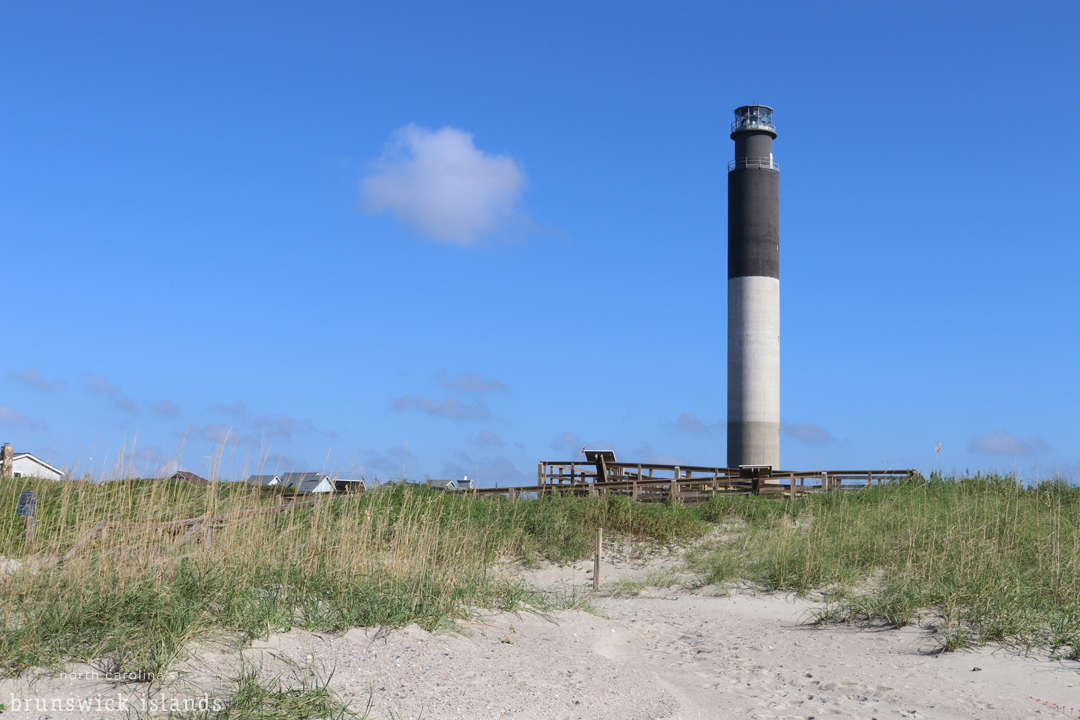 The Wedding The Wedding by Dorothy West is set in the 1950s in a small New England enclave that consists of the finest of the East Coast’s black bourgeoisie. The novel tells the story of a family gathering for their daughter’s wedding to a white jazz musician. The movie adaptation of the novel was turned into a television miniseries by Oprah Winfrey’s Harpo Films that features several Southport's landmarks including The Brunswick Inn, Bay Street and Southport City Pier. 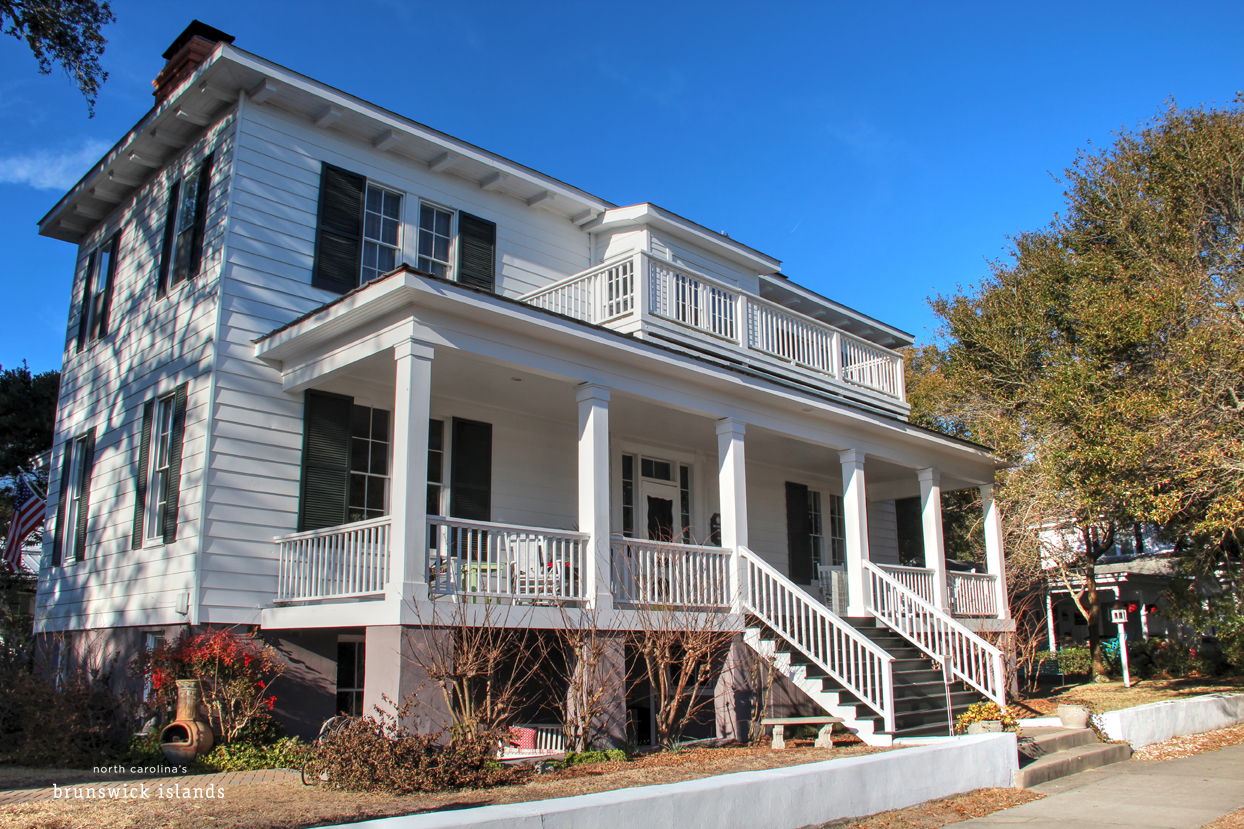 For more information on North Carolina’s Brunswick Islands or to plan your next beach vacation, please visit www.ncbrunswick.com.