Bottoms Up at these Brunswick Islands Breweries

Sun, sand and suds have always been the perfect pairing. Coastal breweries have been emerging at a rapid pace in the United States, and in the Brunswick Islands the craft brew scene has surfaced to quench travelers’ cravings. In addition to 45+ miles of uncrowded and unspoiled beaches, the Brunswick Islands have a thriving and unique craft beer scene that is inspired by the unusual elements found along North Carolina’s Coast. Since 2015, three breweries have opened in this idyllic destination each equipped with a unique vision and brews for every taste, palate and preference.

Just in time for National Beer Day on April 7, take a tour of the best Brunswick Islands Brews:

The Brunswick Islands’ first brewery, Check Six Brewing Company opened in Southport in 2015. Veterans, Tim Hassel and Noah Goldman opened this family owned and operated aviation themed brewery in 2015. Check Six is a phrase used by fighter pilots to indicate the need to look behind them for enemy aircraft during flight. The Army, Navy and Coast Guard use the phrase “I’ve got your six” to indicate their backup. Hassel and Goldman chose this name to show visitors that they have all guests’ refreshment needs covered.

The brewery features 10 to 12 of Check Six’s own craft beers on tap and offers an array of varieties to please every beer aficionado’s taste preferences, ranging from blonde ales to stouts to IPAs. All labels coincide with the aviation theme, and each brew celebrates America’s rich fighter pilot history. Be sure to check out the Curtiss Jenny Brown Ale. This hoppier American interpretation of Northern English Brown Ales is named after the very popular American trainer airplane that ninety-five percent of all allied pilots learned to fly in WWI. This medium body malty and rich ale has a slightly nutty, toffee-like quality, with hints of chocolate, and a fresh dry-hoped aroma that perfectly complements a long day of fun in the sun. 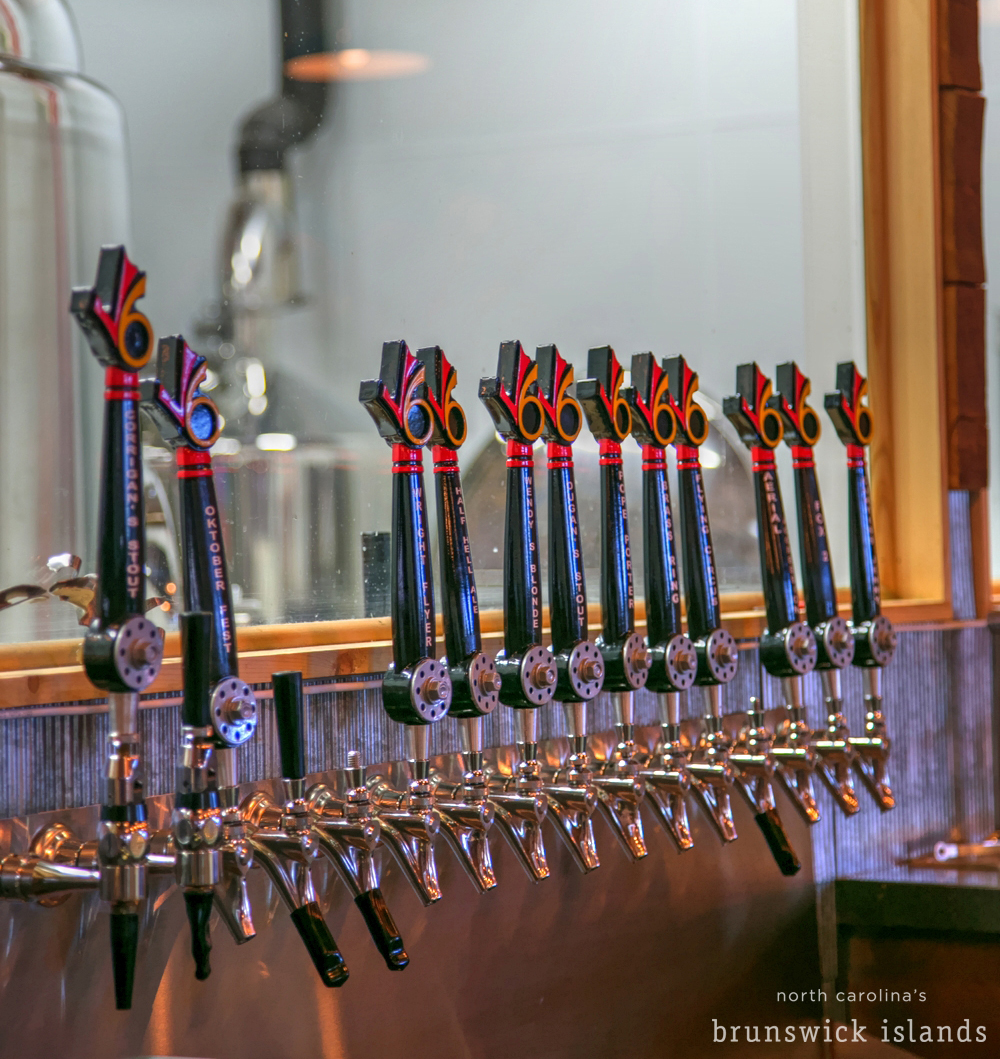 Get Funky at 34° North Experiment Station

The founders of the Marietta, Georgia based Red Hare Brewery opened their second craft brewery in Shallotte, North Carolina in April 2018. The founders Roger Davis and Bobby Thomas were intrigued by beers created through wild, spontaneous fermentation. According to Brewbound, “Roger set out to meet the Van Roys of the famed Brasserie Cantillon in Brussels, and to tour the inner-workings of the historic Belgian brewery. Roger was impressed and wanted to capture some the age-old spontaneous fermentation techniques of Cantillon, famous for producing Geuzes, Lambics, and Krieks, which are typical Belgian-style sours.”

After deepening their understanding of these unique brewing methods, they decided to open a second brewery where wild yeast could be captured from the surrounding environment, critical to the sour-brewing method. They found the location that they had been searching for in a 120-year-old historic drug store in the Brunswick Islands! This building off of the Atlantic shore allows for wild yeast and bacteria to float into the brewery off the cool ocean air. This brewery experiments with barrel aging and blending in a variety of fermenting vessels to concoct some radical brews. The 34° North Experiment Station also just happens to be on the same line of longitude as the original brewery in Marietta, Georgia! 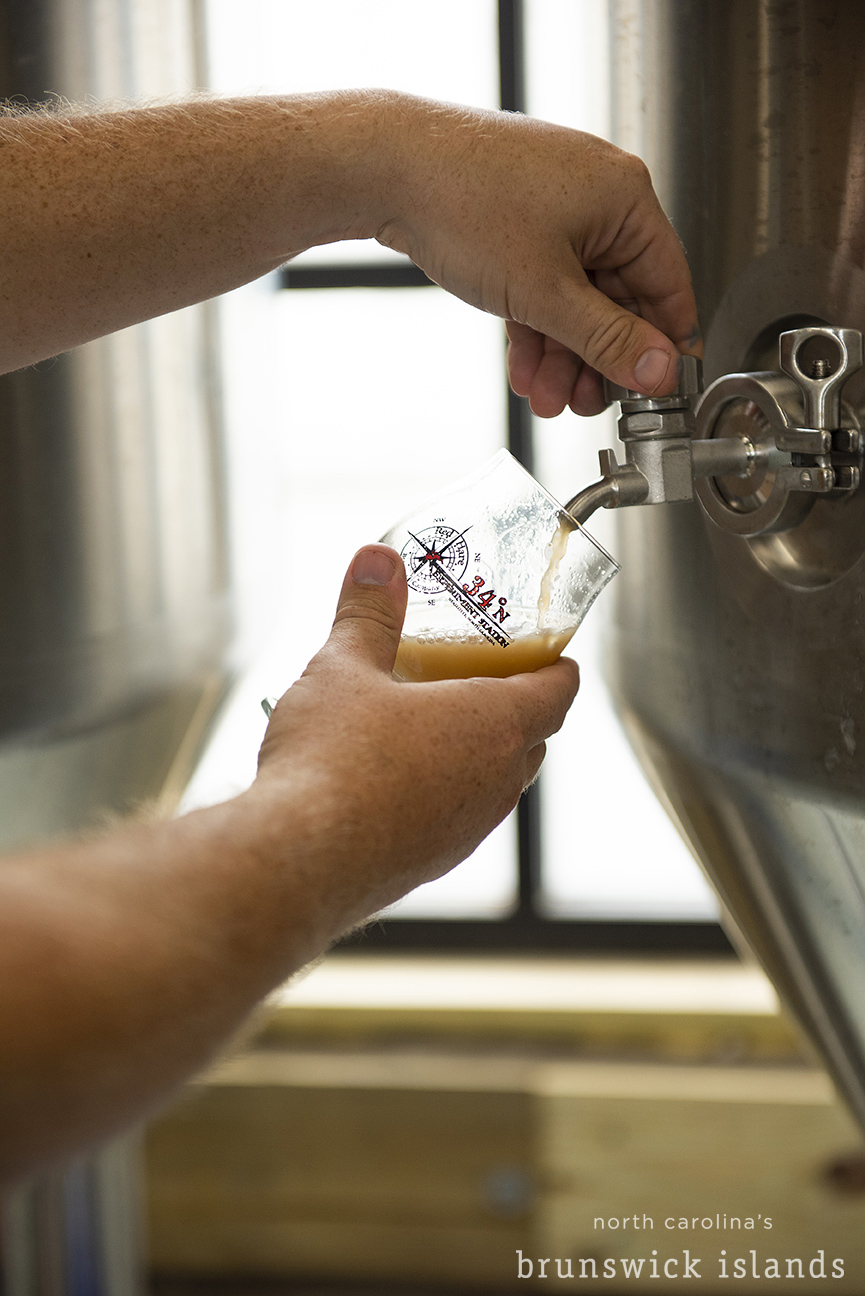 Makai Brewing Company is a Hawaiian themed brewery located in Ocean Isle Beach. “Makai” is a Hawaiian word meaning “toward the sea”. Even if you’ve never been to Hawaii, you will still find the spirit of aloha at Makai Brewing. The brewery serves an ever-changing menu of craft beer brewed on premise, such as the popular Carolina Tropical IPA brewed with pineapple and mango, and the Nightingale Coffee Porter brewed with real Kona coffee beans. They even have a board where you can purchase a beer in advance for a friend, stranger or serviceman to enjoy during their next visit to Makai. Adding to the experience, the brewery is uniquely situated beside an Italian market, where you can order a sandwich to enjoy while you sip on your flight or pint! 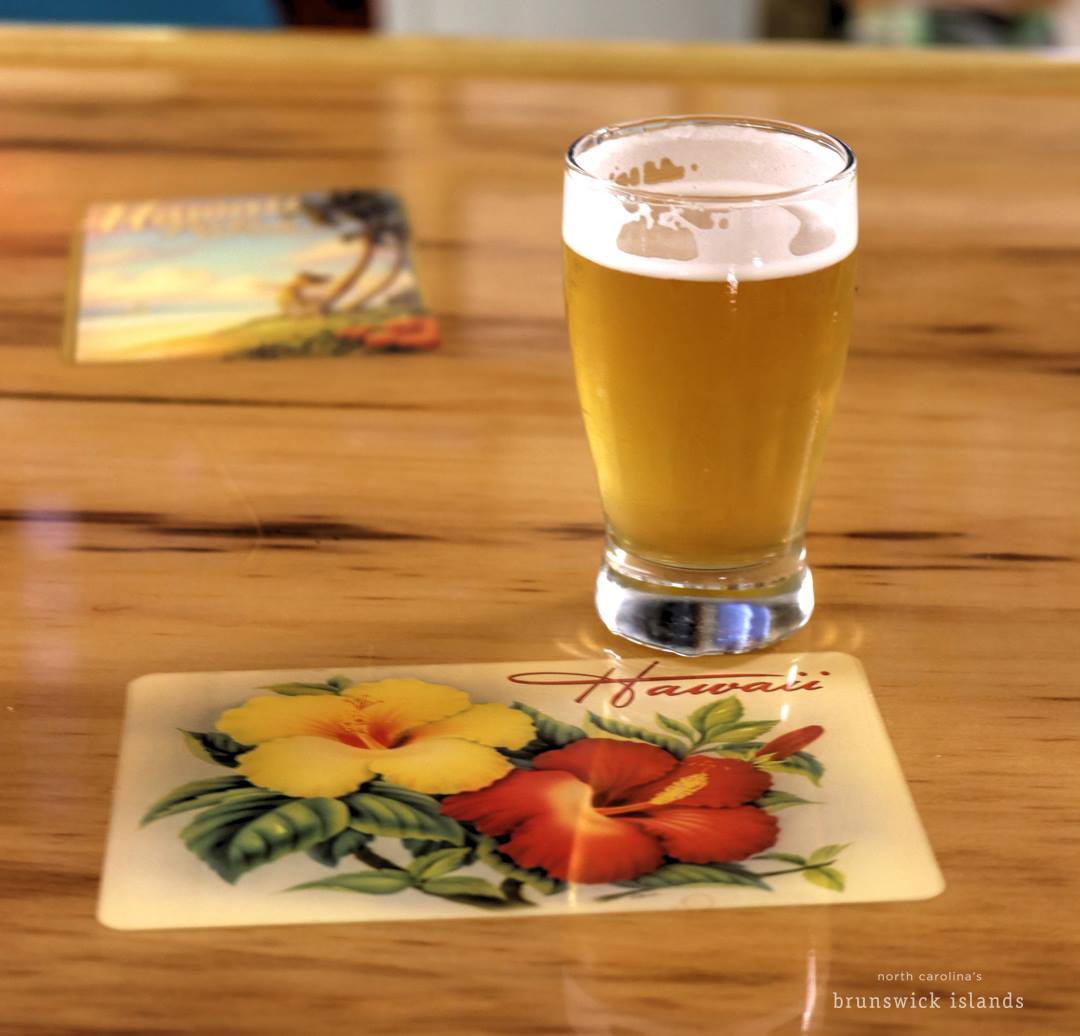 Whether you are a craft beer aficionado or new to the local libation scene, the breweries in North Carolina’s Brunswick Islands are creating special sips that are sure to help visitors relax, recharge and celebrate during their coastal getaway.

For more information on libations in the Brunswick Islands, please visit www.ncbrunswick.com/fun-and-adventure/attractions.